Ella Jocher is the Marketing and Grants Assistant at Greater Portland Health, with background studies in psychology and Spanish.

Gia Parr (she/her/hers) is a recent high school graduate and incoming communications student at the University of Southern California. She has accumulated a lengthy list of accolades in her 18 years: being featured in news outlets like the New York Times, People Magazine, and the front page of USA Today; speaking on the Today Show; modeling for brands including Nike and Gap; presenting to companies such as Dell Technologies, CitiBank, Conagra Brands, and General Mills; serving as a Human Rights Campaign Ambassador; earning a spot on GLAAD’s 20 under 20 list; being a founding Champion of The GenderCool Project; acting on FX’s Pose; becoming a published author; and appearing on billboards in Times Square.

Gia’s recognition centers around her advocacy work for the transgender community from her perspective as a transgender teenager of color. She is also my cousin. This Transgender Awareness Week, I sat down with Gia on behalf of Greater Portland Health to learn more about her experiences as a trans woman. I invite you to join our conversation and learn alongside me in the excerpts below.

Let’s start with Gia navigating growing up transgender, coming out, and learning to embrace her most authentic self in the process. 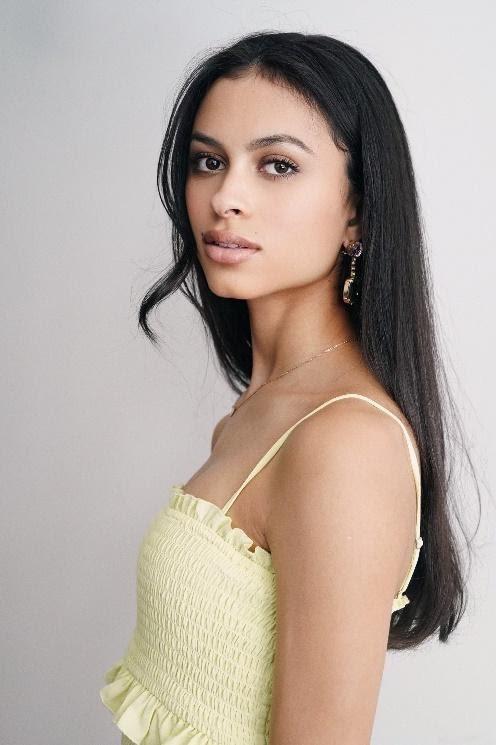 G: I kind of knew something was different from a young age. I was always interested in girls’ stuff, I really wanted long hair— I put t-shirts on my head to pretend I had long hair— and I just wanted to be a girl. Whenever I played video games, I would never be the boy character, I was always the girl one; that’s what made me happy. In school, I drew a self-portrait of myself as a girl and I said it wasn’t of me, but I wanted it to be of me. But in second grade, I feel like my classmates kind of caught on and they made fun of me a little and I was embarrassed. I really wanted to fit in because I feel like that’s the age where people start wanting to fit in with societal norms, so that was a turning point for me. After that point, I really hid myself from the world. I got rid of all my girls' toys and didn’t express my interest in girls’ things or my interest in wanting to be a girl except to two friends— I don’t even know if you knew— I was very private about it. Like, I kind of was like, ‘that phase of me is over’ in a way, or I think that’s what I was trying to tell people. But I couldn’t really resist it, because being trans really isn’t a choice— I think some people think it’s a choice; personally, it did not feel like a choice.

Around sixth grade is when I first heard of the word transgender. I started watching a lot of videos on the trans community and something just clicked for me. I finally had a word that described how I had been feeling all my life. I slipped a note under my parents’ door and was like, ‘I don’t want to be a boy anymore; I feel like a girl.’ I was super scared— I didn’t even tell them in person because I was so nervous— I slipped it under their door in the middle of the night. Instantly, they were really supportive, and I’m really grateful for that because I would definitely not be where I am today without my parents’ support.

A lot of people think that trans people make this decision [to transition] overnight, but even after I came out to my parents, it still took me a year and a half to come out to the rest of the world. It was a huge decision with lots of late nights deciding whether I was ready to reveal my true self to society. I think my hesitations were more due to society's pressures rather than my own, so I think that’s something we need to change as a society: to be more open and accepting of others. I knew who I was, but I didn’t know if the world could accept me for that, and that’s what I was most afraid of.

E: How did you finally decide to show the rest of the world that part of you?

G: I would say over the next year and a half, I slowly started coming out to people. [My youngest brother] knew before anyone else. He was five years old and thought I was a girl his whole life. I remember I came out to my friends who kind of already knew, and they were really supportive. I came out to them in person around eight to nine months before I told the rest of the world. After that, I came out at our family reunion, where there were over 100 people— you remember that, probably— and I came out to my mom’s family around that same time. That was a really scary time in my life because I didn’t know who was going to accept me and who wasn’t. I was in this limbo stage.

E: What would you say that reaction [at our family reunion] was like?

G: I would say it was a really good reaction, I don’t think anyone was not supportive. I’m really grateful at how my parents handled everything because if people had questions, they were told to ask my parents, not me, and I think that’s important: Going through this doesn’t subject you to answering all these questions. I feel like for trans people, in a lot of ways, you have to be like a dictionary; people will just ask you any questions in the book because they think they can. But we’re people too, so certain questions are off limits. There’s enough research out there where you can be perfectly educated without asking those questions, because a cis person wouldn’t be [receiving those questions] either. I mean, family is different, and some people [at the family reunion] asked me questions and that was okay, I kind of approved that, but I think going to my parents first was really important, especially since I was 13.

And then, finally, my parents helped me write a letter to my middle school the summer before eighth grade. I was so nervous when the letter got sent out, but I was really supported. All my teachers were supportive, and the principal especially was super supportive. They did a really amazing job, like 10 out of 10, and I feel like that set the influence of how the students should react. Teachers would ask if there was anything I needed and check in on me to ask how I was doing. The school trained teachers on how to best support LGBTQ+ students. I’m really grateful about how everyone was supportive because I think that has made me into the person I am today. [Without that support] I wouldn’t have my advocacy platform, I probably wouldn’t have the friends I have today, and I definitely wouldn’t be where I am mentally.

"I think that’s what everyone should be doing: nurturing all people, no matter who they are."

Let’s next take a look at what Gia has done since coming out.

E: You’ve done a lot of advocacy work since coming out. Do you want to talk about how that started and different projects you’ve worked on?

G: Yeah, so I started with The GenderCool Project. GenderCool is a program to show who trans kids are, not what they are, and that’s why I did it. They have so many Champions and you’re able to be yourself. I didn’t really know if I wanted to do advocacy because I wanted to be an advocate that shared my story… not an activist, as I feel like that focuses a lot on politics. I shy away from politics, as it can be very negative and scary. As someone who is still so young, I believe there is more value in sharing my story in a positive way to all people. GenderCool kind of just came along and I didn’t really expect much to come from it, and the next thing you know, we were going on national TV. After that, I was a Human Rights Campaign Youth Ambassador for two years, I did a Gap campaign, I’ve been working with Nike, and I hope to continue modeling during my gap year. I’m really grateful for GenderCool because they launched me into finding myself and building this huge platform. I’ve been able to speak at all these companies, meet with CEOs of the top companies in the world, and even have my own campaign with Nike, which is crazy, and I was also on Netflix. I also got to write a book (A Kids Book About Being Transgender) educating young kids about what it means to be trans and defining that word. I have GenderCool to thank for all this.

E: Why do you think that it’s important that through GenderCool you’ve been able to share your story with all these people?

G: I think that’s important because it gets the message spread more in the business side of things. We talk to companies about our story, who we are as people, and what a company can do to be more inclusive. It can be really challenging for trans people to get jobs, so talking to the CEOs of companies and them telling us, ‘You can have a job here in 10 years,’ is amazing because it sets us up for a successful future. I think that’s what everyone should be doing: nurturing all people, no matter who they are. 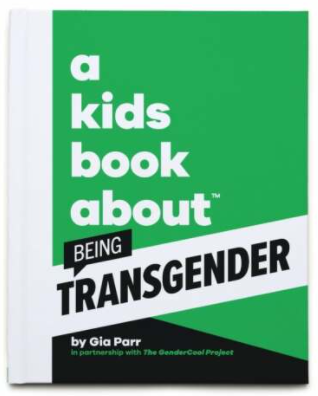 These are the key messages that Gia would like you to take away from our conversation:

G: The importance of education on this topic. I really like to focus on educating people on who trans people are. Everyone is different, so I focus a lot on my own story and my own experiences because I don’t want to take away from anyone else’s. Everyone’s experiences are different: no two trans people are the same, just like no two cis people are the same. It is important to focus on issues in the community during Transgender Awareness Week, as there as so many that are still so prevalent. But this week, I want to emphasize the importance of education and how it changes the hearts and minds of so many. Overall, just be supportive of people, trans or cis, and treat all people with kindness.

Thank you to Gia for taking the time to speak to me about her story and her messages for Transgender Awareness Week. Greater Portland Health is committed to continuing to listen to and learn from LGBTQ+ voices.